One of the side effects of the global pandemic of a single medical topic is that the majority of us have somehow slept through the rising of a fresh topic and the new global market. The notorious virus has also managed to overshadow the fact that the non-fungible token market had a record turnover of a staggering 40 billion dollars, with the most expensive NFT, a digital work of art named “The Merge” was purchased for an impressive 91.8 million dollars (yes that is an 8 digit number!). The sale of this digital, fragmented, artwork created by an artist with the pseudonym Pak (unknown author or group of authors), has made Pak the highest paid living author in the world. What is really confusing is that a digital record of an, let’s say, image, which anyone can save for free with a right-click on their desktop and set as a desktop background, was sold in units to 28,983 collectors, reaching the unbelievably high price and leaving the masterpieces of the world's greatest and most recognized painters and artists behind. What is the secret and what did collectors get for the sum of 91.8 million dollars? 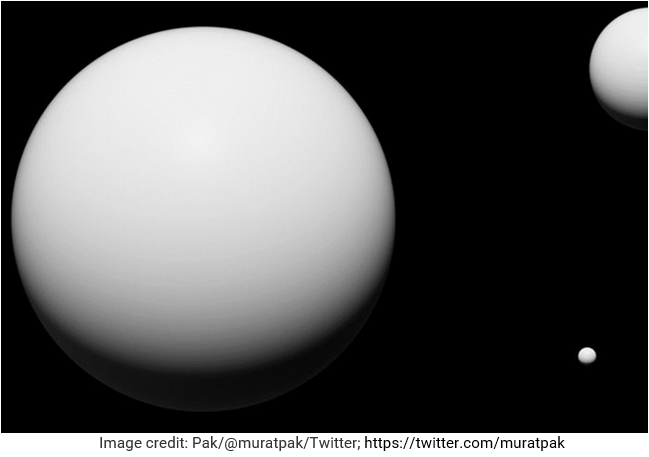 By now, most of us know the basic definition of an NFT, essentially a digital asset stored on a blockchain network into which the owner information is inscribed, making each one unique.

So, the group of anonymous buyers of the most expensive NFT in history, "The Merge", have bought a unique immutable digital record inscribed in a blockchain that will forever have their names inscribed as the units’ buyers of that certificate, despite the fact that we can all freely and without any fear of legal consequence copy the same digital image countless times to use it on our smartphones or laptops.

In fact, we are now frequently witnessing the conversion of well-known art paintings, videos, sports jerseys, various memorials or well-known brands into NFTs, without the authors or Trademark holders themselves knowing that their artwork or their brand has become an NFT and that someone else is making money off of it.

So, what is the relationship between NFTs and IP in general? We will try to answer that question in this article, focusing, in particular, on the impact of NFTs on Trademarks, while a more detailed exploration of how NFTs relate to copyright can be found in a separate article forming part of this NFT-related series, titled NFTs and the copyright dilemma.

Is NFT a risk or a new opportunity for Trademark holders?

The answer to this question is not simple at all as it largely depends on the technology behind the NFT (a blockchain) as well as the Smart contracts that are an integral part of the creation of the NFT. When concluding a Smart contract, the two contracting parties (the creator / seller of the NFT and the buyer of the NFT) define in advance how they will regulate their relations (for example, whether they assign copyright in full or not), and these provisions of the smart contract are then transferred into the computer code on the blockchain platform.

It is quite certain that in the emerging market that is rapidly growing, there are many cases of infringement that are yet to be detected, not only of Copyright but also of Trademark rights. Namely, many digital artists try to "free ride" on the well-known status or good reputation of certain Trademarks, consequently not only changing the values behind the selected brand, but also misleading the public about the NFT resulting from a collaboration between the artist and the Trademark holder.

Now, what are the real legal options for a Trademark holder in these cases given the specifics of the technology behind an NFT?

After all, the coin always has two sides, the good one and the one which is less good. The practice so far has shown that due to blockchain technology, once the infringing NFT is created, it is extremely complicated (although theoretically possible) to remove it from the blockchain since it requires the simultaneous operation of thousands and thousands of computers and lots of electrical energy, so that it actually becomes economically unviable to anyone involved in the process.

This actually means that a Trademark infringement itself will forever remain written in the blockchain chain and that it will remain unresolved. Namely, even if a Trademark holder buys out the infringing NFT and becomes its holder, the information on the initial source of the NFT cannot be altered in the blockchain.

However, on a positive note, Trademark holders who believe there is a Trademark infringement can address the issue to the NFT marketplace with a request to remove NFTs that do not have the consent or approval of the Trademark holder. Still, this process would be improved if the NFT marketplace were itself to screen any NFTs potentially infringing Trademark rights by requesting proof of the Trademark owner's consent from the creator of the NFT before enabling its sale. In this way, Trademark infringements through NFT would be drastically reduced and much easier to control.

This is best portrayed in two high-profile cases that occurred this year. One is the case concerning digital artwork “Guccighost” (Gucci vs Trevor Andrew) that started as an infringement of Gucci’s intellectual property but continued as a collaboration between the parties, and the other concerns the digital artwork “MetaBirkin” (Hermès vs Mason Rothschild) in which Rothschild created and sold 100 NFTs linking to images of Hermès’ famous Birkin bag covered in faux fur and other designs, claiming that he has a right to make and sell art depicting Birking bags, which he intended as commentary on the fashion industry. The case is still ongoing.

On the other hand, many Trademark holders see NFTs as an innovative way of approaching new and younger audiences. This trend is evident from the data of the USPTO, where in 2020 there were only 3 Trademark applications related to NFTs, while in 2021 there were a total of 1421 applications, and this year about 15 new applications are filed every day!

Among these new NFT Trademark applications, the world's largest brands such as McDonalds, Nike, Walmart, L'Oreal, Gucci and Ralph Lauren are in the lead. Analysing their applications, it is evident that they are all applying for their well-known or reputed Trademarks for virtual goods and services in classes 9, 35 and 41 (Nice Classification), thus achieving at least two goals: 1) additional preservation of the Trademark from the so-called trademark trolls through extended registration and 2) expressing intent to participate in virtual sales of goods and services.

In this context, we should definitely mention, and even highlight, the trend coming from China, which takes the lead in the number of NFT-related Trademark applications (16,000 / year), a good part of which are most likely infringing both well-known Trademarks with reputation but also the “lesser-known” Trademarks, making any future proceedings against so many applications challenging, especially given that in China and the EU, Trademarks are granted on the basis of the first application.

With the current Trademark laws, owners of well-known Trademarks have a certain chance of preventing the use of their Trademarks in the digital space because product similarity is not a requirement to forbid registration or use of a later mark. A reputable Trademark owner may suspend the corresponding virtual products if he can prove that the virtual goods are unfairly exploiting the reputation of a Trademark or are damaging to its reputation. However, the owners of "normal" Trademarks are in a difficult position. Accordingly, the new NFT market may affect all Trademark owners. Having in mind that, with each day, we have more and more virtual goods and services offered on the new digital markets, it is obvious that there will be a proportional increase in Trademark infringements. NFT is a future that has arrived and is increasingly becoming our present, and now is the time to start registering rights on trademarks for the alternative reality. Trademark protection for virtual goods and services will enable Trademark owners to fight against Trademark infringement with confidence and more effectively enforce their rights. The question is not whether NFTs will change the world. The question is are we ready?