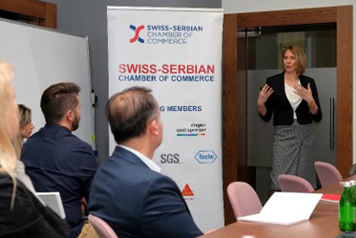 On 28 November 2018 MSA IP organized a seminar in its offices in Belgrade, Serbia on the issue of protection of intellectual property rights. The seminar was attended by more than 30 representatives of local businesses who were interested to learn from MSA IP attorneys about current regulations and practice in Serbia. 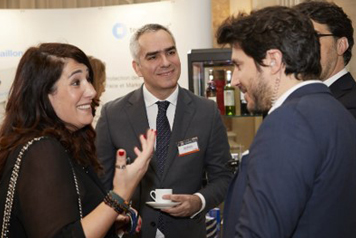 On 5 and 6 April 2018, MSA partner Vuk Sekulić participated in the 23rd European Forum of the Intellectual Property organized by UNIFAB, the French anti-counterfeiting organization that gathers more than two hundred firms and professional federations from many brands of activities. The intense two-days meeting took place in the Pavillon Dauphine in Paris and was attended by more than 300 people coming from the political, economic and legal world. 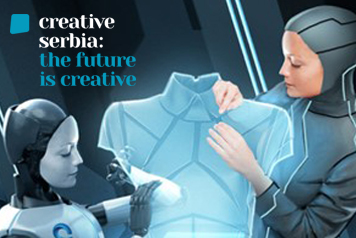 MILAN MILOJEVIC AND VUK SEKULIC SPEAK AT THE CONFERENCE “CREATIVE SERBIA: THE FUTURE IS CREATIVE” IN BELGRADE

On 13 March 2018, Serbian Prime Minister Ana Brnabic opened the conference "Creative Serbia: the Future is Creative." The conference was organized by the Office of the Prime Minister of Serbia, as the first step towards systematic support to the faster development of creative industries in Serbia. The conference was attended by more than 250 participants, including ambassadors and representatives of international organizations.

According to the report of the World Bank presented at the conference, creative industries in Serbia represent a great economic potential, employing more than 100,000 people, of whom about 70 percent are between 25 and 44 years of age, and a large number is women. These industries have recorded a steady growth of 6.4 percent annually over the past three years and generate revenues of approximately €4.7 billion, representing 13.5 percent of national GDP. Creative industries are one of the fastest growing industries in Serbia and contribute to GDP more than some traditional sectors of our economy.The Prime Minister highlighted the importance of creative industries in building a positive image of Serbia as a creative, innovative and digital country, which is a desirable environment for domestic and foreign talents, and at the same time an attractive destination for investors and tourists. She promised that the Serbian government will work on improving the business framework in this mandate so that the creative industries reach their full potential and achieve even faster growth.MSA’s Milan Milojevic and Vuk Sekulic spoke at the panel on policy and legislation framework. Vuk presented on the issue of protection of intellectual property rights and stressed how important it is to have adequate mechanisms for their enforcement; he made a case for establishment of specialized IP courts in Serbia. Milan spoke about possibilities of using new technologies, such as blockchain, in protecting intellectual property rights. 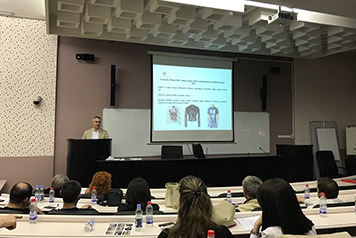 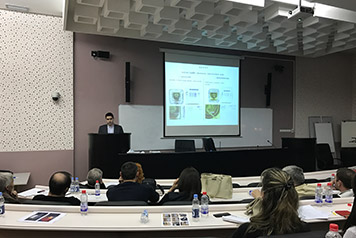 On 24 March 2017, MSA IP partnered up with Serbian Customs to provide continued training for customs officers engaged in combating the transportation of counterfeit goods at the Serbian borders. Held in Belgrade, the event was a follow-up to the previous training in November 2015 and included current counterfeiting activities, additional rights-holders who are being targeted, and updated strategies on detecting counterfeit goods. 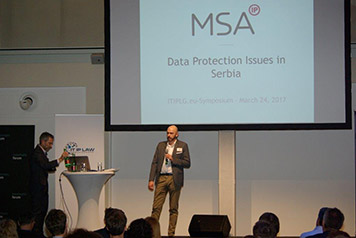 MSA IP is a member of IT IP Law Group Europe (http://www.itlawgroup-europe.eu/), a close network of legal professionals in the areas of intellectual property law and IT law. The Group provides quality service to clients at minimal cost, matching clients to professionals who are best able to meet their needs. IT IP Law Group Europe is comprised of independent law firms across Europe who share their wide range of experience and knowledge.

On 24 March 2017, as a part of its spring meeting, the Group held a symposium on issues of implementing the General Data Protection Regulation (GDPR). The Regulation, which was adopted on 27 April 2016, is now in a two-year transition period. The purpose of the GDPR is to provide EU residents with increased data protection, especially with respect to foreign companies processing EU data. By harmonizing the existing data protection laws, the GDPR will provide a somewhat different framework for compliance, while at the same time, imposing strict penalties on non-compliance. The March 24th symposium addressed a few of the implementation issues which have been raised during the transition period.

MSA IP Attorney at Law Stefan Bojovic attended the event and gave a brief introduction on the Serbian data protection legal framework. In particular, Stefan discussed the trends in harmonizing the current legislation with the GDPR. The current framework of data protection was discussed, as well as the new model law which was introduced by the Serbian Data Protection Commissioner and which was subject to public debate until mid-April. This model-law adopts a large number of the legal solutions that are provided in the GDPR. After the public debate, it will be forward to the Government which will then decide if it will be turned into a formal proposal of law before the Parliament.

Although Serbia is not yet an EU member country, Stefan emphasized his hope that in days to come its data protection legal framework will be fully aligned with EU trends. Since the IT industry is one of the fastest growing industries in Serbia, an appropriate legal framework for data protection should be considered a necessity that will promote favorable business conditions.

The symposium was well-attended, and over 50 in-house attorneys and data protection professionals had an opportunity to share their views on the future of data protection in Europe. 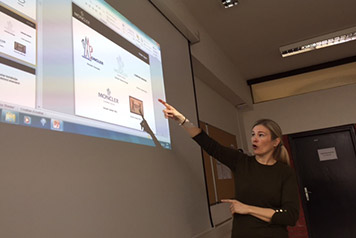 On 6 March 2017, MSA IP Senior Paralegal Ana Sarajcic worked with Croatian Customs to lead a training event in Zagreb for customs officers focused on the enforcement of anti-counterfeiting in Croatia. The training focused on current trends in counterfeiting and updated methods of detecting counterfeit goods.

Ana gave a presentation on behalf of the world-famous clothing company Moncler. The training incorporated the years of experience MSA IP has acquired in fighting counterfeiting activities throughout Southeastern Europe. 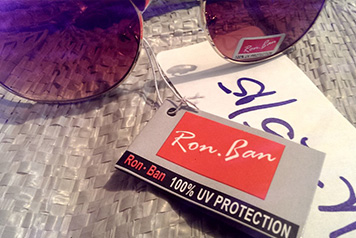 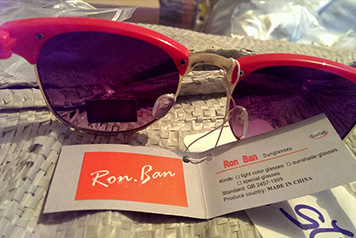 On 15 December 2015, Montenegrin Customs officials in Bar, a large port in the Adriatic Sea, seized 12.200 pairs of fake sunglasses bearing the sign „Ron-Ban“, very similar to the well-known trademark „Ray-Ban“. The fake goods were seized during an inspection of a container coming from China.

The trademark owner Luxottica Group S.p.A., who is represented by MSA IP, applied for destruction of seized goods under „simplified procedure“ and the application was subsequently granted by Montenegrin Customs. 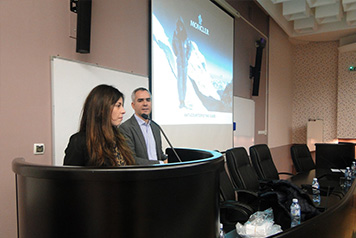 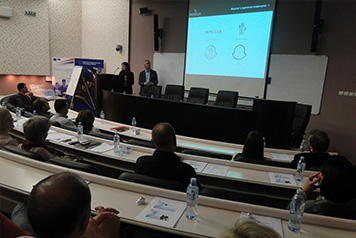 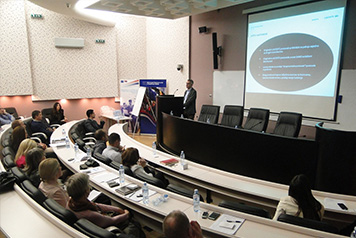 On 20 November 2015, Serbian Customs organized a training event in Belgrade for Customs officers who are responsible for anti-counterfeiting activities. The event was an opportunity for IP rights-holders to educate Customs officers in the detection of counterfeits.

MSA IP attorneys Vuk Sekulic and Milos Bogdanovic gave training on behalf of world-famous clothing companies Lacoste and Moncler, as well as Eli Lilly and Company, a US global pharmaceutical company whose product “Cialis” is often targeted by counterfeiters.

Milan has extensive practical experience of regional trademark protection and enforcement, having managed cases in the region for some of the world's leading companies. His work includes trademark searches, filing and portfolio management. He has substantial experience with prosecution matters and oppositions before national Trademarks Offices and before OHIM, and he also advises on infringement and unfair competition matters. Milan is an active member of INTA where he is currently sitting as Vice-Chair of the Enforcement Committee.

This was the first decision of a court in Serbia concerning parallel imports after the Serbian parliament adopted, on 30 January 2013, amendments to the Law on Trademarks of 2009 and introduced, for the first time, a ban of parallel imports. Instead of the regime of international exhaustion for trademarks, Serbia has then adopted the regime of national exhaustion. During the parliamentary discussion about the proposed amendments to the Law on Trademarks, the then Serbian Minister of Science and Education Žarko Obradović stated as follows: “Instead of the principle of international exhaustion of rights which is adopted in the current version of the Law, the changes in the Law introduce the principle of national exhaustion of rights under which the so-called “parallel imports” are not allowed. The exhaustion is limited to situations where the rights-holder first puts goods into circulation within the territory of the Republic of Serbia, and not outside of its borders. This provides better legal protection of rights-holders and control over sales of trademarked goods. The ban of parallel imports prevents unfair competition which exists where parallel imports are allowed. The principle of national exhaustion of rights is compatible with the system which exists in the EU.” Therefore, the new regime provides for a stricter control by rights-owners of their branded goods as they can now take trademark infringement action not only against counterfeit goods, but also against gray market goods.

The Court ruled in favor of Bacardi and established that the defendants had infringed Bacardi’s trademarks by importing, distributing and advertising, without authorization from Bacardi, the BACARDI, BACARDI BREEZER, MARTINI, DEWAR’S, OAKHEART, GREY GOOSE, BOMBAY SAPPHIRE and ERISTOFF products after 7 February 2013 (this was the day when the new Law on Trademarks which prohibited parallel imports came into force). The defendants were forbidden to import and distribute these products without authorization from Bacardi. They were also ordered to withdraw from the market, within 8 days as from the day when the judgment becomes final, all such products that they imported and placed into circulation after 7 February 2013 and to subsequently destroy them. Finally, they were ordered to publish the judgment in daily newspapers “Politika” and “Blic” and to pay Bacardi’s legal fees and expenses. The defendant’s didn’t file an appeal against the judgment. 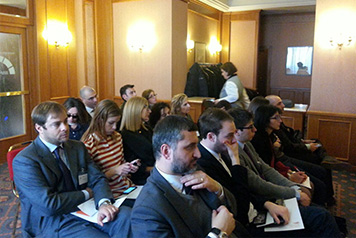 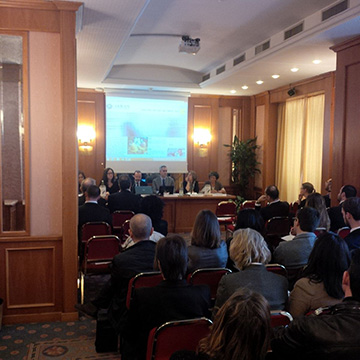 On 20 March 2015, MSA IP partner Vuk Sekulic spoke in Rome to an audience of more than 30 Italian in-house counsels and trademark attorneys at a round table organized by INTA and Akran Intellectual Property under the name „Counterfeiting and Counter Fighting in Southern Europe: The Latest IP Tools and Industry Best Practices”. The roundtable has discussed the fight against counterfeits with special focus on Southern Europe and the neighboring Balkans as a gateway for counterfeits in Europe. Vuk has offered insight on the importance of the Balkans in the fight against counterfeits and on the measures that brand owners can take to protect their rights in the countries of Southeastern Europe.

Vuk is an experienced litigator who has been involved in a number of high-profile trademark disputes in the region that have led to landmark decisions on important issues, such as parallel imports and protection and infringement of famous trademarks. He has represented a vast number of clients, including large multi-national companies, in all aspects of trademark protection, management and enforcement in the region of Southeastern Europe. He has participated in and supervised legal actions against counterfeits, pirated goods and other Intellectual Property infringements, both before courts and through the use of administrative actions.